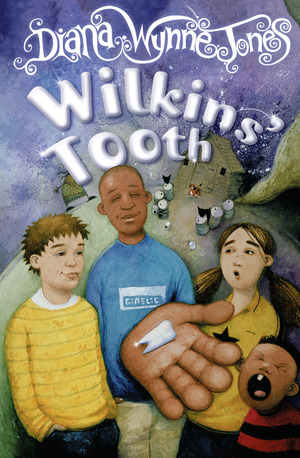 OWN BACK LIMITED
REVENGE ARRANGED, PRICE ACCORDING TO TASK

Frank and Jess set up Own Back Limited because they need the money – so why not offer to do the bad things people don’t dare to do themselves? Their first customer is the neighbourhood bully. After his tooth is knocked out by Vernon Wilkins, he demands a tooth from Wilkins in revenge.

But the local witch, Biddy Iremonger, sees Own Back Limited as a threat to her own evil schemes. And when Biddy is angry, there’s no end to the trouble she’ll cause . . .

• A much loved classic returns in a gorgeous new paperback package

• From the author of the classic HOWL'S MOVING CASTLE, now an Academy Award nominated film.

• Diana Wynne Jones is a multi-award winning children’s author, winning the Mythopeic Award in the USA, and the Karl Edward Wagner Award in the UK