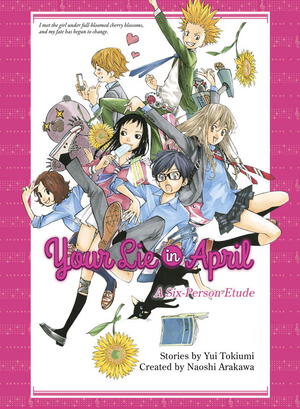 Your Lie in April

THE POPULAR MANGA AND ANIME DRAMA COMES TO LIFE IN WORDS!

There’s not a competition that piano prodigy Arima hasn’t won since he started playing. His renditions are matchless in their precision. When he’s only eleven, however, his peerless fingers fall silent—right up there on stage.

Exploring the shock of the incident and its aftermath from his friends and rivals’ perspectives, A Six-Person Etude accompanies the boy’s halting efforts to pick himself up as an adolescent. Based on the hit series, these prose chapters expand on the original but form a coherent and hard-hitting tale of its own.